ENTJ women are logical, analytical, assertive, non-conformist, independent and sometimes brutally honest and if you think those traits are unusual for a woman, first of all you have prejudice, but also you're in for more surprises, because the ENTJ female is also statistically an unusual occurence. ENTJ women are the second most rare type, representing only 0.9% of all women, right after INTJ women who represent only 0.8% of the female population. 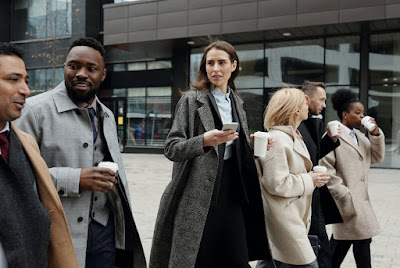 ENTJ women, just like ENTJ men, highly value family and friends, so they are likely to be loyal. Their loyalty is not endless and uncoditional though and they have no problem cutting people out of their life if trust is repeatedly broken.


How do I spot an ENTJ female?

Well, apart from the description above, you might notice an ENTJ woman in male dominated professions like business or politics. A very large percentage of women in those two professions are either ENTJ or ESTJ. ENTJ women tend to dress elegantly but practically.

In school they tend to have very good grades and they are usually liked by professors.

ENTJ females, in a national sample, answering to questions about "leisure activities" were overrepresented in "working out/exercising" so it would be safe to say they tend to be more fit than the average person and you might find them at the local gym. 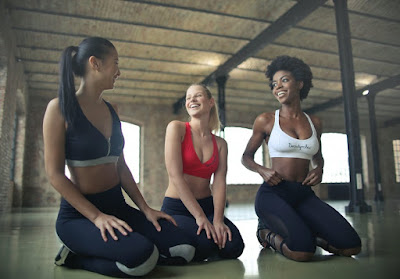 ENTJs are one of the least religious types, so you probably won't find an ENTJ woman in a church or a mosque.

Another classic ENTJ trait is the ability to save up money and delay gratification. Almost every ENTJ has this ability. It may not be useful in spotting an ENTJ female because those things are usually kept private, but it's good to know.

Apart from the fact that most of them are a "catch" and hard to impress or seduce and you probably won't make the cut, they also come with weaknesses, just like every other human. At their worst, ENTJ women can be narcissistic, demanding, neurotic control freaks who lose their sh*t whenever things aren't the way they want them to be. For some of them, their high standards for everything make it almost impossible to find a satisfactory mate, which can be worsened by the fact that overachieving women according to studies tend to have an even harder time in finding a satisfactory mate. Some ENTJ women also have trust issues but they are good at hiding all their weaknesses.

They can also be stubborn, intolerant, manipulating, arrogant and lacking in compassion.

Many ENTJ females are also colder than the average woman, so they may not fulfill the expectations of a woman being comforting, emotional and nurturing. They may even come off as intimidating because of this. If you need a woman to replace your mother, ENTJ women are probably not it.

For those who manage to woo her, many great things await. Since trust can be a problem for many ENTJs, once they actually find someone deserving of trust, they will be as loyal as a dog. Because ENTJ women are independent, you can expect her to sort out many things that other women would consider "man's work". She won't wait around helplessly.

If something about your behavior bothers them, unlike many other women, they will be straightforward and tell you, instead of being passive aggressive.

Most of them are overachievers and very good with money, which is always a nice thing.

Research about ENTJ women from the book "MBTI manual":

July 05, 2010
As friends, coworkers or even lovers ENTJs and INTJs generally get along very well. Not only that, but this type of MBTI match is one of the most ideal. Why is this match one of the most ideal? When it comes to compatibility of MBTI types, there are lots of contradictory theories out there and each of them claims to have found the right formula. Some personality theorists say that opposites attract, some say similarities attract, others have a totally different approach. However, the most common view is that couples are more likely to have similar preferences than opposite preferences. Those couples are also less likely to have problems in the relationship. This assertion is made in many published references (Carlson & Williams, 1984; Myers & McCaulley, 1985; Myers & Myers 1980; Sherman, 1981). The most important similarity is the N/S dichotomy. N types generally understand each other better than they understand S types, and vice versa. This is also how David
Read more