Was Steve Jobs an ENTJ? Exploring his MBTI personality type 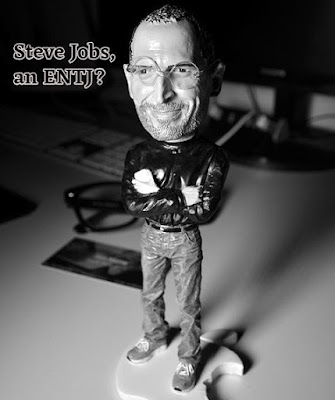 If we were to judge by his career and profession (business magnate, industrial designer, investor, CEO and media proprietor) we could probably say ENTJ right off the bat.

But let's get deeper into it by studying his biography. Steve's adoptive father, Paul Jobs, loved mechanics and building things. He built a workbench in his garage for his son, to pass along that love. By the time he was 10, Steve was deeply involved with electronics and made friends with a couple of engineers who lived close to him. This doesn't tell us much about his type, except that it probably points to a thinker (T). His biography also mentions that he had difficulty making friends with children his age and his classmates saw him as a loner. This could point to an introvert but many ENTJs will tell you that growing up they usually clicked better with people older than them. This is true for ENTPs too, though. His peers just bored him. They weren't challenging enough.

His biography also mentions that in school he tended to resist authority, often misbehaved, pulled pranks and was even suspended a few times. This can point to a laid back "perceiving" (P) person. xSxP and xNxP types are known for pulling pranks and challenging authority. But once you understand that his mother taught him to read as a toddler and that he was a lot smarter than his peers and probably bored out of his mind in school, an ENTJ could exhibit the same behavior.

His fourth grade teacher, Imogene, turned him around and fixed his behavior by literally bribing him into learning. She would offer 5 dollars if he finished a workbook. It worked. It is known that ENTJs love money, but so do other types as well. Who doesn't like money? I guess this would maybe exclude the idealist feeling types (NF). Jobs would skip a grade after that and continue to be a "socially awkward loner", again a sign that he might have been an introvert or just too smart for his peers and not well adjusted at the time.

His rebelliousness would continue into high school where he grew his hair long, was into the growing counterculture, smoked pot and clashed with his electronics teacher mr. McCollum. At that time he was described as "smart enough to be a nerd, but wasn't nerdy. And he was too intellectual for the hippies, who just wanted to get wasted all the time." This sounds like many young ENTPs and ENTJs I've come across. 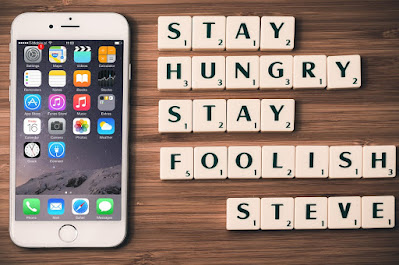 Jobs pressured his parents to enroll him into Reed College which was very expensive, but would later drop out because "he didn't want to spend his parents' money on an education that seemed meaningless to him". Being frugal is definitely an ENTJ thing, as is wanting the best. He still attended calligraphy classes even though he dropped out of the college. But his biography also says that during that time he slept on the floor in friends' dorm rooms, returned Coke bottles for food money and got weekly free meals at the local Hare Krishna temple. This seems like more of an ENTP thing.

His later moves, like lying to Steve Wozniak about money also aren't a strange thing for both ENTJs and ENTPs. Most ENTJs and ENTPs wouldn't do it, but there are quite a few who would.

His trip to India, experimenting with LSD and wearing traditional Indian clothing don't really fit with most ENTJs I have known. ENTPs are more explorative like that.

Regarding his death, one cancer researcher said: "Jobs's faith in alternative medicine likely cost him his life.... He had the only kind of pancreatic cancer that is treatable and curable." This also doesn't fit with ENTJ traits. Most ENTJs would rather lean towards authorities in science than alternative medicine. Bill Gates is an ENTJ who has this mentality. He trusts the establishment when it comes to science.

After considering all of this I would sort Steve's type by probability like this:

July 05, 2010
As friends, coworkers or even lovers ENTJs and INTJs generally get along very well. Not only that, but this type of MBTI match is one of the most ideal. Why is this match one of the most ideal? When it comes to compatibility of MBTI types, there are lots of contradictory theories out there and each of them claims to have found the right formula. Some personality theorists say that opposites attract, some say similarities attract, others have a totally different approach. However, the most common view is that couples are more likely to have similar preferences than opposite preferences. Those couples are also less likely to have problems in the relationship. This assertion is made in many published references (Carlson & Williams, 1984; Myers & McCaulley, 1985; Myers & Myers 1980; Sherman, 1981). The most important similarity is the N/S dichotomy. N types generally understand each other better than they understand S types, and vice versa. This is also how David
Read more